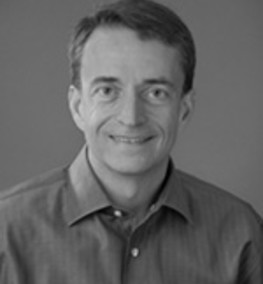 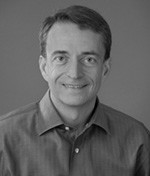 Patrick (Pat) Gelsinger is chief executive officer of Intel Corporation and serves on its board of directors. On Feb. 15, 2021, Gelsinger returned to Intel, the company where he had spent the first 30 years of his career. Before rejoining Intel, Gelsinger was CEO of VMware. In that role, he transformed VMware into a recognized global leader in cloud infrastructure, enterprise mobility and cyber security. Gelsinger was also ranked the best CEO in America in 2019, according to an annual survey by Glassdoor. Prior to joining VMware in 2012, Gelsinger was president and chief operating officer of EMC’s Information Infrastructure Products business.

Gelsinger began his career in 1979 at Intel, becoming its first chief technology officer, and also serving as senior vice president and the general manager of the Digital Enterprise Group. He managed the creation of key industry technologies such as USB and Wi-Fi. He was the architect of the original 80486 processor, led 14 microprocessor programs and played key roles in the Intel® Core™ and Intel® Xeon® processor families, leading to Intel becoming the preeminent microprocessor supplier. 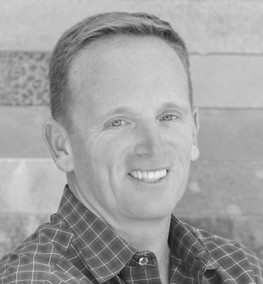 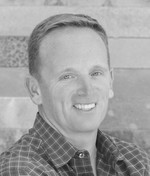 James J. Goetz, was elected to Intel’s board of directors as an independent director in November 2019.  He has served as a partner of Sequoia Capital, a venture capital firm, since June 2004. Prior to joining Sequoia, Mr. Goetz co-founded VitalSigns Software, where he assembled and led the team that pioneered end-user performance management. Prior to VitalSigns, he was vice president of Network Management for Bay Networks. Mr. Goetz currently serves on the boards of several privately held companies, and since April 2005, on the board of Palo Alto Networks Inc., a network security solution company. Mr. Goetz previously served on the boards of directors of Barracuda Networks Inc., a data security and storage company from 2009 to 2017; Nimble Storage Inc., a data storage company, from 2007 to 2017; Jive Software Inc., a provider of social business software, from 2007 to 2015; and Ruckus Wireless Inc., a manufacturer of wireless (Wi-Fi) networking equipment, from 2012 to 2015, among others. 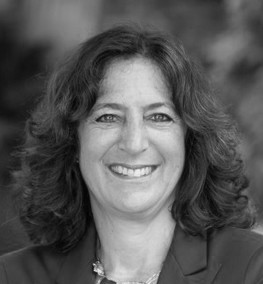 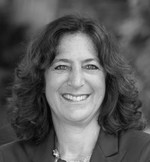 Dr. Andrea J. Goldsmith was elected to Intel’s board of directors in July 2021 and joined the board in September 2021 as an independent director. Goldsmith serves as dean of engineering and applied science and the Arthur LeGrand Doty Professor of Electrical and Computer Engineering at Princeton University.

Prior to Princeton University, Goldsmith served on the faculty of Stanford University from 1999 to 2020 in various roles, including as the Stephen Harris Professor of Engineering. Starting in 2010, Goldsmith co-founded and served as the chief technology officer at Plume WiFi (formerly Accelera Inc.), a provider of software-defined wireless networking technology. And beginning in 2005, Goldsmith co-founded and served as chief technology officer for Quantenna Communications (formerly mySource Communications Inc.), a producer of silicon chipsets designed for high-speed, wireless networking. 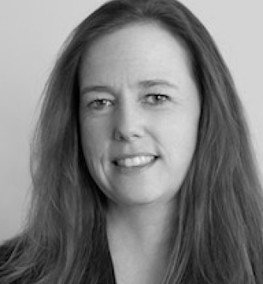 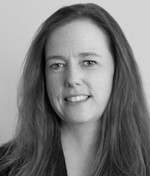 Alyssa Henry was elected to Intel’s board of directors as an independent director in January 2020. She has served as Seller Lead for Square, Inc. -- a provider of software, hardware, and financial services for small businesses and individuals -- since 2014. She oversees global engineering, product management, design, sales, marketing, partnerships, and support for Square’s seller facing software and financial services products.

Prior to Square, she served in various positions with Amazon.com, Inc. from 2006 to 2014, including as Vice President of Amazon Web Services Storage Services, where she led services including Amazon S3, Amazon EBS, and Amazon Lambda; and as Amazon’s director of software development for ordering, with responsibility for Amazon’s ordering workflow software and databases. Before Amazon, Ms. Henry spent 12 years at Microsoft Corporation working on databases and data access technologies in a variety of engineering, program management, and product unit management roles.

Ms. Henry started her career as a developer in the financial services industry. She has served as a member of the board of directors of Unity Software Inc., a public company, since December 2018. 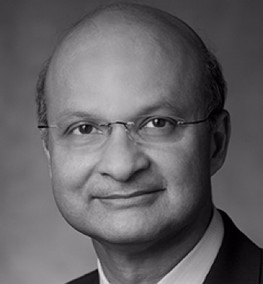 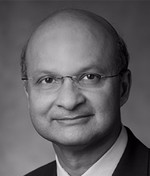 Dr. Omar Ishrak was elected to Intel’s board of directors in March 2017 and was named chairman of the board in January 2020.

Dr. Ishrak was Executive Chairman of Medtronic plc, a global medical technology company until his retirement in December 2020. Dr. Ishrak served as Chairman and CEO of Medtronic from June 2011 to April 2020. Prior to joining Medtronic, Dr. Ishrak spent 16 years in various roles with General Electric Co., most recently as president and chief executive officer of GE Healthcare Systems, a division of GE Healthcare.

Dr. Ishrak earned a Bachelor of Science degree and a Ph.D. in electrical engineering from the University of London, King’s College. 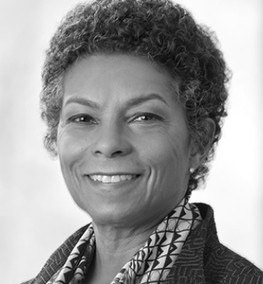 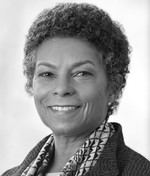 Dr. Lavizzo-Mourey is a member of the boards of directors of General Electric Company and Merck & Co., and previously served as a director at Genworth Financial Inc., Beckman Coulter Inc., and Hess Corporation. Dr. Lavizzo-Mourey is also a member of the National Academy of Medicine, the American Academy of Arts and Sciences, The American Philosophical Society, and is on the board of regents of the Smithsonian Institution and on the Board of Trustees for the Howard Hughes Medical Institute.

Dr. Lavizzo-Mourey holds an MBA from the University of Pennsylvania and received her M.D. from Harvard Medical School. 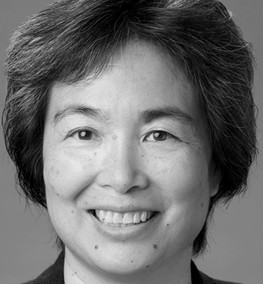 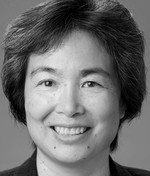 Dr. Tsu-Jae King Liu was elected to Intel’s board of directors as an independent director in July 2016. Dr. Liu serves as Dean and Roy W. Carlson Professor of Engineering, in the College of Engineering at the University of California, Berkeley. Dr. Liu is the first woman to hold that position at UC Berkeley.

Dr. Liu holds over 90 patents and has received numerous awards for her research, including the Intel Outstanding Researcher in Nanotechnology Award (2012) and the SIA University Researcher Award (2014). Currently, her research is focused on nanometer-scale logic and memory devices, and advanced materials, process technology and devices for energy-efficient electronics. 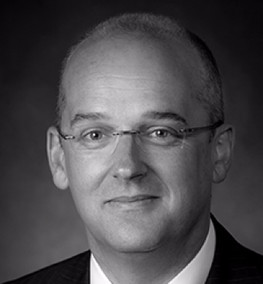 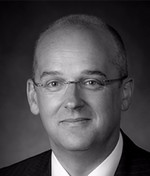 Gregory D. Smith was elected to Intel’s board of directors as an independent director in March 2017. Mr. Smith is the president and founder of Sea3 Ent LLC and was executive vice president of Enterprise Operations and chief financial officer at The Boeing Company, the world’s largest aerospace company and one of the largest U.S. exporters, until his retirement in July 2021.

Mr. Smith has three decades of in-depth global aerospace experience across Commercial Airplanes; Defense, Space & Security; and corporate headquarters. He was appointed chief financial officer in 2011 and later served in an expanded role as the executive vice president of Finance, Enterprise Performance and Strategy. He previously was corporate controller and vice president of Finance, serving as the company's principal interface with the board of directors' audit committee to ensure regulatory compliance.

Earlier in his career, Mr. Smith was vice president of Corporate Financial Planning and Analysis, leading business plan development, financial forecasting, financial analysis, and capital commitment planning, as well as competitive analysis and benchmarking. Prior to 2008, Mr. Smith served for four years as vice president of Global Investor Relations at Raytheon, and before Raytheon, he held key leadership roles in supply chain, factory operations, finance, and program management at Boeing. 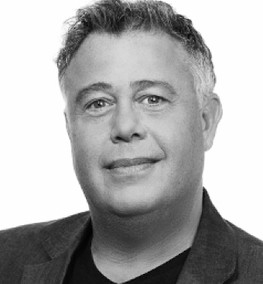 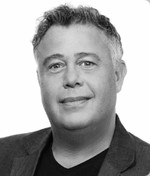 Dion Weisler was elected to Intel’s board of directors as an independent director in June 2020.

He is a member of the boards at Thermo Fisher Scientific Inc. and BHP. From 2015 to 2019, Mr. Weisler served as president and chief executive officer of HP Inc., a computer, printer, and related supplies technology company. Mr. Weisler also served as a member of HP’s board of directors from 2015 to May 2020.

His prior experience includes senior executive roles at HP and Lenovo Group Inc., where he was responsible for various operations in Asia Pacific and globally. Mr. Weisler also served in management positions with Telstra Corp. Ltd., a telecommunications company, and Acer Inc.

He earned a Bachelor of Applied Science in Computing (BASc) and an honorary Doctorate of Laws degree from Monash University. 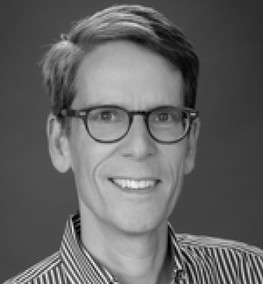 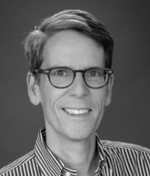 Frank D. Yeary joined Intel’s board of directors as an independent director in March 2009. Yeary is Managing Member at Darwin Capital Advisors, LLC, a private investment firm and was Executive Chairman of CamberView Partners, LLC, a corporate advisory firm, until 2018. Prior to this time, Mr. Yeary was Vice Chancellor of the University of California, Berkeley and before that spent 25 years in the finance industry, including as Global Head of Mergers and Acquisitions and as a member of the Management Committee at Citigroup Investment Banking. Mr. Yeary also serves on the Board of Directors of PayPal Holdings and a number of private companies.