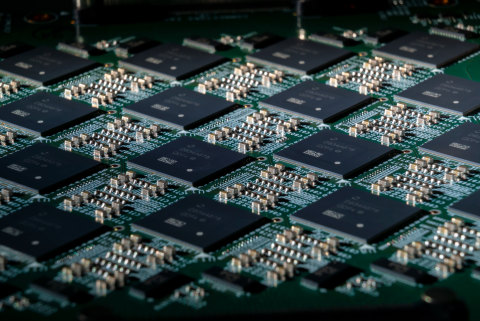 SANTA CLARA, Calif.--(BUSINESS WIRE)-- What’s New: Today, Intel Federal LLC announced a three-year agreement with Sandia National Laboratories (Sandia) to explore the value of neuromorphic computing for scaled-up computational problems. Sandia will kick off its research using a 50-million neuron Loihi-based system that was delivered to its facility in Albuquerque, New Mexico. This work with Loihi will lay the foundation for the later phase of the collaboration, which is expected to include continued large-scale neuromorphic research on Intel’s upcoming next-generation neuromorphic architecture and the delivery of Intel’s largest neuromorphic research system to date, which could exceed more than 1 billion neurons in computational capacity.

“By applying the high-speed, high-efficiency and adaptive capabilities of neuromorphic computing architecture, Sandia National Labs will explore the acceleration of high-demand and frequently evolving workloads that are increasingly important for our national security. We look forward to a productive collaboration leading to the next generation of neuromorphic tools, algorithms, and systems that can scale to the billion neuron level and beyond.”

Why It’s Important: While most neuromorphic research to date has focused on the technology’s promise for edge use cases, new developments show that neuromorphic computing could also provide value for large, complex computational problems that require real-time processing, problem solving, adaptation and learning.

Building on this promise, Intel will deliver multiple large-scale neuromorphic research systems to Sandia as part of the Department of Energy’s Advanced Scientific Computing Research program, which supports U.S. leadership in supercomputing, high-end computational science and advanced networking for science.

Through the collaboration, Intel and Sandia hope to advance research in scaled-up neuromorphic computing to determine where these systems are most effective and how they can provide real-world value. Additionally, the joint effort should help better understand how emerging technologies, like neuromorphic computing, can be utilized as a tool to address some of the country’s most pressing scientific and engineering challenges. These include problems in scientific computing, counterproliferation, counterterrorism, energy, and national security.

“Sandia National Labs has long been at the leading edge of large-scale computing, using some of the country’s most advanced high-performance computers to further national security. As the need for real-time, dynamic data processing becomes more pressing for this mission, we are exploring entirely new computing paradigms, such as neuromorphic architectures,” said Craig Vineyard, principal member of the Technical Staff at Sandia. “Our work has helped keep Sandia National Labs on the forefront of computing, and this new endeavor with Intel’s Neuromorphic Research Group will continue this legacy into the future.”

What Will be Researched: As a member of the INRC since June 2018, Sandia has explored work related to scientific and numerical computing. Using neuromorphic research systems in house, Sandia plans to expand on this research to evaluate the scaling of a variety of spiking neural network workloads, from physics modeling to graph analytics to large-scale deep networks. These sorts of problems are useful for performing scientific simulations such as modeling particle interactions in fluids, plasmas, and materials. These physics simulations increasingly need to leverage advances in optimization, data science, and advanced machine learning capabilities in order to find solutions. Accordingly, potential applications for these workloads include simulating the behavior of materials, finding patterns and relationships in datasets, and analyzing temporal events from sensor data.