Intel Elects Andrea Goldsmith to Board of Directors 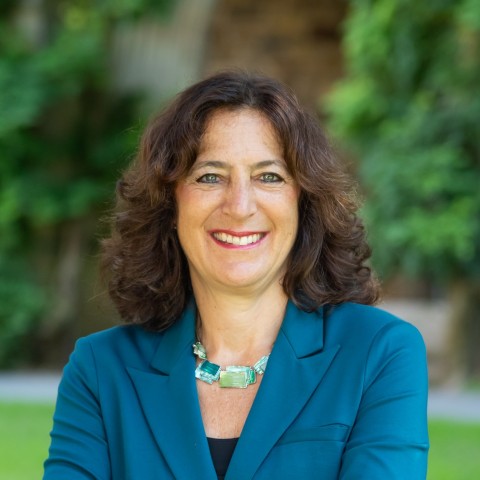 Andrea Goldsmith, dean of engineering and applied science and professor of electrical and computer engineering at Princeton University, was elected to Intel’s board of directors, effective Sept. 1, 2021. (Photo: Business Wire)

The dean of engineering and applied science at Princeton University will become an independent director, effective Sept. 1, 2021.

SANTA CLARA, Calif.--(BUSINESS WIRE)-- Intel Corporation today announced that Andrea Goldsmith, dean of engineering and applied science and professor of electrical and computer engineering at Princeton University, was elected to Intel’s board of directors, effective Sept. 1, 2021. Goldsmith will serve as an independent director.

Andrea Goldsmith, dean of engineering and applied science and professor of electrical and computer engineering at Princeton University, was elected to Intel’s board of directors, effective Sept. 1, 2021. (Photo: Business Wire)

“We are excited to welcome Andrea to Intel’s board of directors,” said Omar Ishrak, chairman of the Intel board. “Andrea is an accomplished academic, engineer, inventor and entrepreneur who is highly acclaimed for her foundational work in wireless communications. Coupled with her advocacy for increased diversity in science, technology, engineering and mathematics, Andrea will further strengthen the board.”

Goldsmith, 57, spent more than two decades at Stanford University before she was named dean of engineering and applied science at Princeton in 2020. From 2012 to 2020, Goldsmith served as the Stephen Harris Professor of Engineering and as a professor of electrical engineering at Stanford. From 2010 to 2014, Goldsmith co-founded and served as the chief technology officer at Plume WiFi (formerly Accelera Inc.), a provider of software-defined wireless networking technology. From 2005 to 2009, Goldsmith also co-founded and served as chief technology officer at Quantenna Communications (formerly mySource Communications Inc.), a producer of silicon chipsets designed for high-speed, wireless networking.

Goldsmith’s research focuses on the fundamental performance limits of wireless systems, especially with regard to 5G wireless, the mobile Internet of Things, smart grid design and the applications of communications and signal processing to biology and neuroscience.

Goldsmith has significant public company board experience. She currently serves on the boards of Medtronic and Crown Castle International. Goldsmith has served on the technical advisory boards of several private companies.

“I’m thrilled to be joining Intel’s board of directors at such an exciting time for the company. The bold strategy that Pat Gelsinger has laid out opens up the door to seemingly limitless possibilities for Intel,” said Goldsmith. “I look forward to bringing my knowledge of wireless networking technology to help shape the company’s future.”

With Goldsmith’s addition, there will be 10 board members. Intel’s Board will be comprised of 40% women and 30% of directors who are either racially or ethnically diverse.